I am excited to announce that I am going to be one of the speakers at iTalk Philadelphia on April 12th!

By merging pop culture, leadership content & stage drama. iTalk is a platform that empowers leaders to stand up, tell their stories and give their why. Ultimately, challenging attendees to think out of the box, drive creative thinking and inspire them to cultivate their own stories. 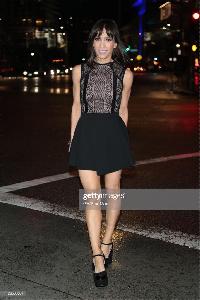 The program opens on the roof of the Kimmel Center amidst a club-like night life scene. Guests will enjoy cocktails and mingling at sunset while listening to original music produced by the acclaimed International DJ Casper. As the sun sets on Philadelphia, the glass enclosed Kimmel roof top will begin to glow in various colors on all four sides, reinforcing the club-like party feel. The audience will take their seats, which are staged in non-traditional angles and positions across the rooftop dome. Attendees will experience an opening 9-minute monologue given by Sr. Producer and Creative Director Jen Montague titled “Courage” which will be delivered from the audience. Then, very strong, stark transitions involving music, sound, lighting and set moves preventing the “usual” applause, will push the show into rapid motion. Attendees will experience 9-minute iTalks, one after another, centered on Vision, Change Acceleration, Endurance-given by headliner Ms. Desiree Rogers and finally Challenge. Special effects and interruptions reinforcing the merge of pop culture, leadership and stage are continuously introduced challenging leaders to examine themselves, their purpose, their talent through a different lens. But we won’t got into detail… you’ll have to see it for yourself!

Jessica Ross will be speaking about Change Acceleration for her iTalk. “In order to succeed in acting or any related field you have to take huge risks and make sacrifices in both your personal and professional life. From working as a publicist, I also learned how important is to build relationships with media, take control of your career, create your own success, and develop your social media presence without relying on agents or managers. I am excited about the opportunity to be a part of the debut iTalk and look forward to sharing my experiences with everyone”.

Register for iTalk at www.iTalkEvents.com